In this post, we share an infographic titled ‘drink driving at Christmas’. The infographic was put together by Paul Clarke and his team at Rehab 4 Alcoholism, an alcohol rehab in the United Kingdom.  All facts in this infographic relate to the UK, but many of the facts are representative to other English-speaking countries that also celebrate Christmas.

Paul asked us to share this infographic on our website to raise awareness about drink driving at Christmas. The aim is to discourage people from considering taking this risk and to thus save lives. Publishing this website here allows Paul to spread this important message to a wider audience.

The infographic reveals around 110,226 breath tests were conducted nationally in December 2016, of which 5,543, or 5% were positive, failed or refused. From this number, young people were more likely to fail or refuse a breath test.  5.27% of under-25s stopped by police failed or refused a breath test during the campaign, compared to 3.39% of drivers age 25+.

We now present the infographic: 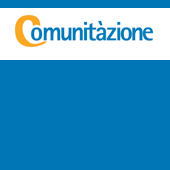